It’s another day where we delve into the wonderful culture of Nigerians, and showcase the beauty imbibed within.

Today, we explore the Northern region of Nigeria and the traditional wedding practices of the Hausas in that region.

The Hausa tribe dominates the majority of Northern Nigeria, and constitutes approximately 25% of Nigeria’s population; making them the largest populated ethnic group/ tribe in Nigeria. In addition, the majority of Hausas practice the Islamic religion, and thus imbibe quite a lot of Muslim practices in many aspects of their culture.

The processes / necessities involved in the traditional wedding ceremony of the Hausas are highlighted below:

This translates to the phrase “I have seen it, and I love it”. Here, when a man finds a woman whom he likes and he thinks is befitting for him to marry, he approaches the parents of the woman to seek permission from them. The permission he seeks at this stage does not in any way conclude the acceptance to marry; rather it is merely a permission for him to be allowed to see or court the woman. The parents of the woman, before granting the permission, would usually conduct a series of investigations into the background of the man, to determine his upbringing, faith, reputation, among others. It is after they are satisfied with the result of said investigation, that they may choose to grant him the permission to court their child.

During the courtship stage, the couple typically spend time together, find out about each other’s personal interests, and get to know each other properly. It is important however, that their interactions are in no way sexual or intimate. The Hausa culture holds purity before marriage in high esteem, and thus, all interactions between the couple prior to marriage must be kept “pure”. It is usually during this period of courtship that a woman would formally consent to marrying the man. Once her consent has been obtained, preparations will commence on the actual wedding ceremony.

This process is conducted as a means to formally request the bride’s hand in marriage from her family. Here, members of the groom’s family will visit the house of the bride’s parents, bearing gifts of various sorts such as kolanut, sweets, drinks, among other things. The groom’s parents at this point will formally present their intention to the bride’s family, and request their approval. The process of granting the approval by the bride’s parents is known in Hausa as Gaisuwais.

Once the approval has been granted, then both families commence negotiations on the payment of bride price or dowry. Bride price in Hausa is called Rubu Dinar. In Hausa culture, it is considered honorable for bride price to be low, in contrast to so many other Nigerian cultures where high bride price is valued.

After the dowry has been determined, a date is set by both families for the actual wedding to take place. This process is known as Sarana.

The wedding ceremony (Aure) consists of the Fatiha, Kunshi, and the Walimah.

The wedding Fatiha refers to an exchange of vows. As opposed to other cultures, this is not usually done by the couple themselves, but by relatives, on their behalf. The vows are exchanged in the presence of a religious priest, and blessings are offered to the couple afterwards.

Kunshi in Hausa culture is similar to a bridal shower. It usually takes place during the wedding Fatiha, and only women participate in the procession. Here, the bride and her friends spend time together indoors, having fun, prepping, and designing their body with Henna (Lalle). As custom, the bride gets the most elaborate designs done, because it is undeniably her day! 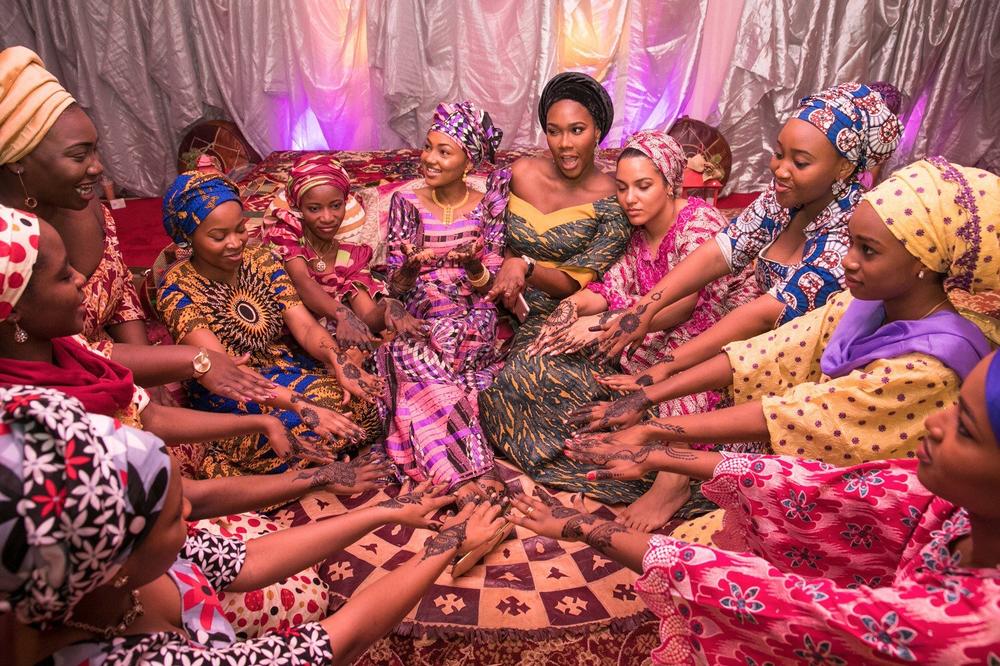 Zahra Buhari at her Kunshi Henna Party in 2016 - Image: Bellanaija

The Walimah is akin to a reception party, where the couple, together with friends and family celebrate, and merry with food, drinks, and music. 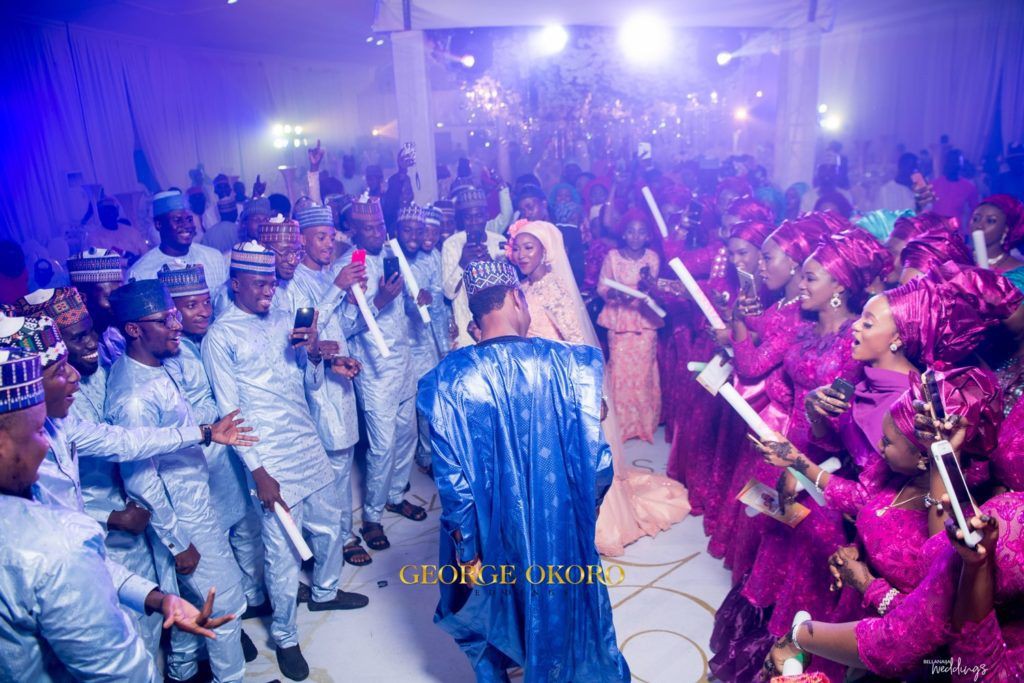 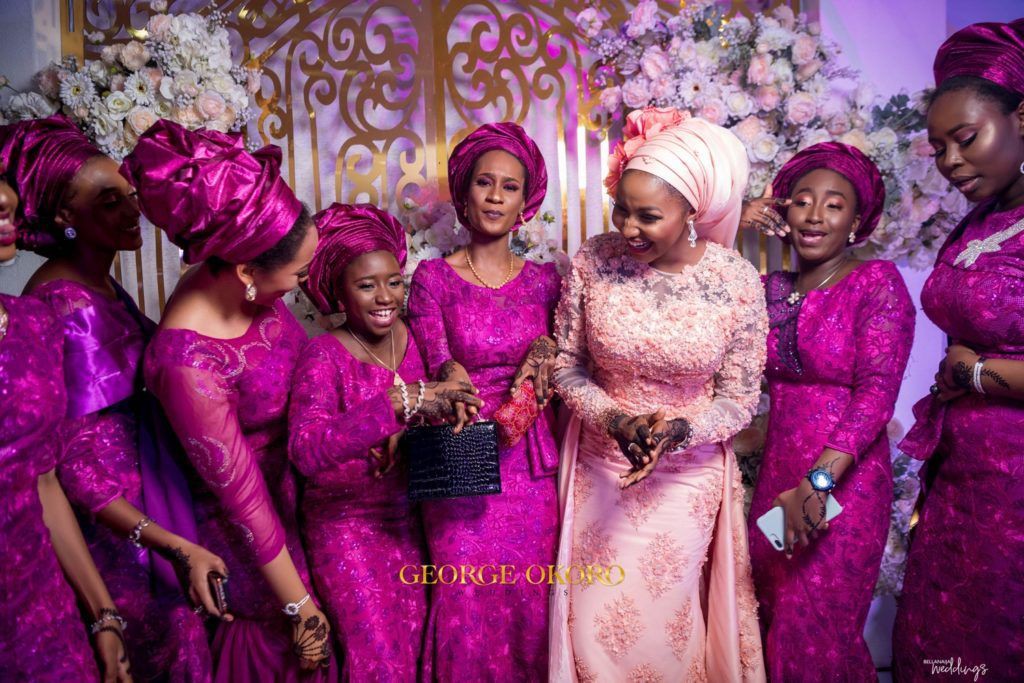 After the whole celebration, the bride is escorted to her matrimonial home by friends and family. Usually, members of the groom’s family will be present at the house to receive the bride. There’ll be more entertainment, and this on it’s own, constitutes an entire ceremony in many cases.

Of course, there could be some disparities in the processes followed / performed during the entire marriage ceremony. This would usually be influenced by factors such as community, how affluent the family is, or their choice in making it either a small ceremony, or a grand one.

The Hausa traditional wedding overall is a quite interesting one, albeit simple, and more cost efficient. 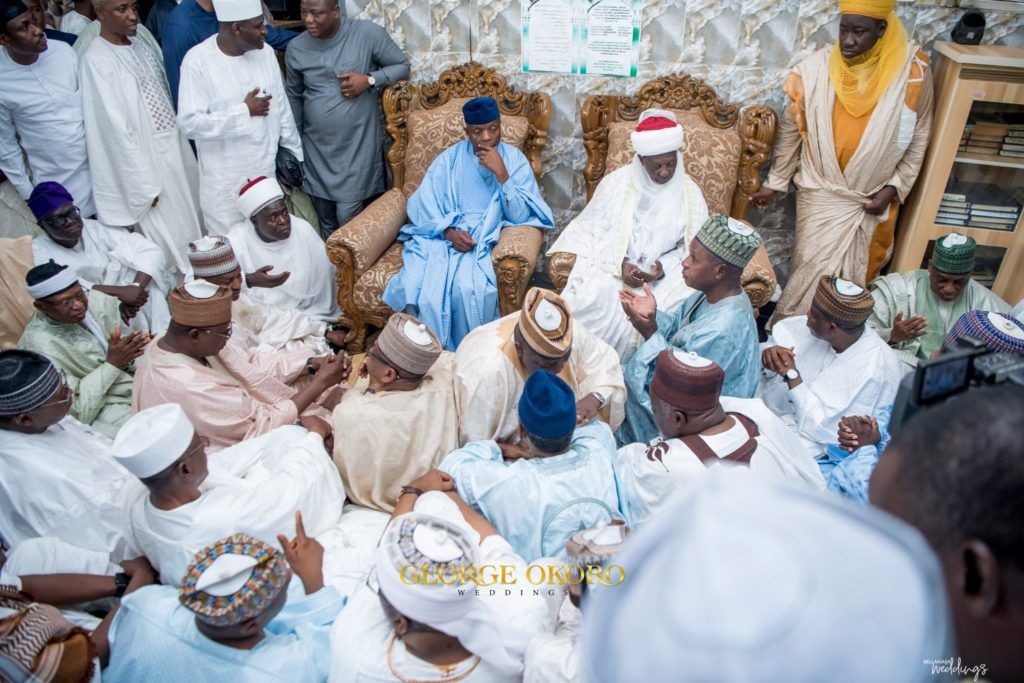 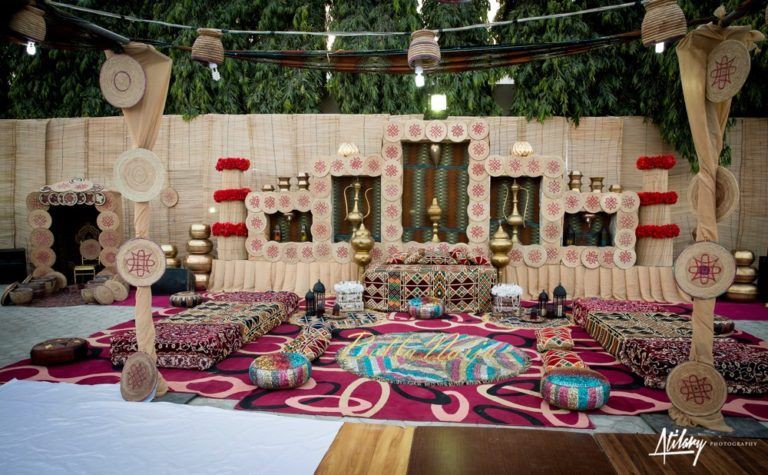 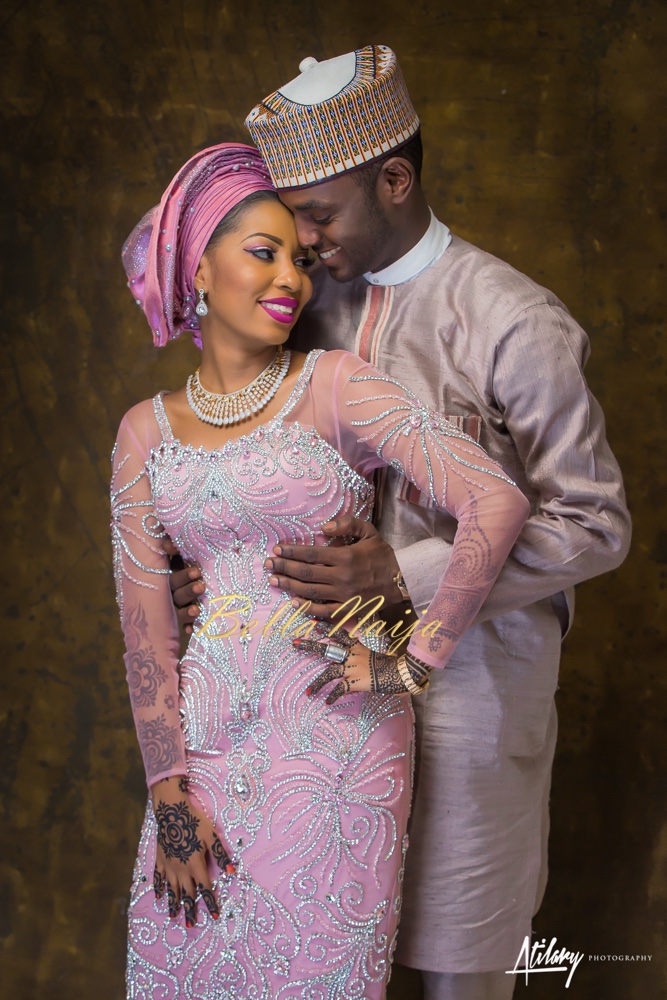 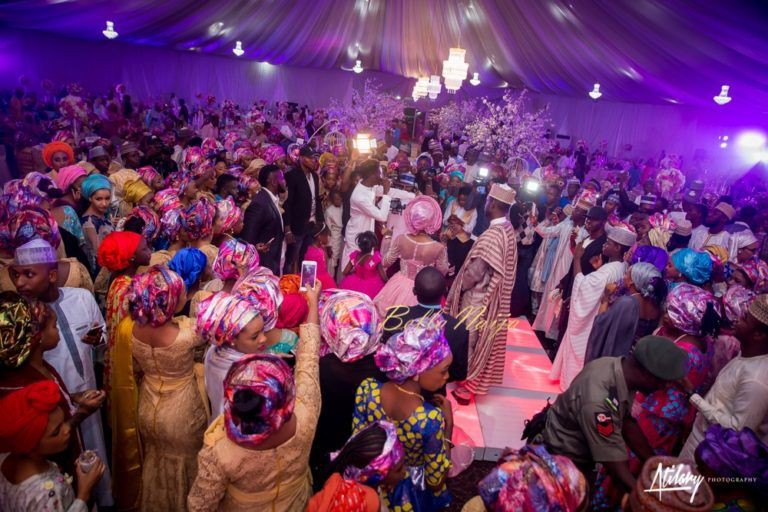 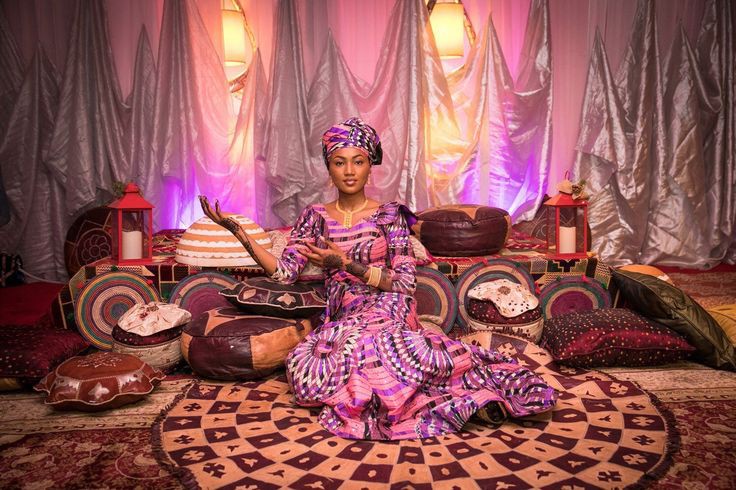