Today, we’ll embark on a quick journey, to explore Africa’s most populous nation, through the lens of its celebrations!

In particular, we’ll be taking a route to the South-eastern region of Nigeria, to have a feel of the Igbo traditional wedding celebration, and explore its incidences.

So buckle up! 'Cause it’s about to be an interesting one!

The Ṇ́dị́ Ìgbò (Igbo people) are one of the largest ethnic groups in Africa, and their style of celebration, just as it is in many west African cultures, is nothing short of grand, colourful and energetic!

The Igbo traditional marriage ceremony, performed before undertaking marriage is known as Igbankwu. Igbankwu, also called “wine carrying” is a ceremony that involves the bride, carrying a cup of the traditional local palm wine and presenting it to her groom. This ceremony highlights the final step in the Igbo traditional wedding celebration.

Prior to this ceremony however, there are certain important steps that should have been carried out. These steps are summarized broadly in four parts. 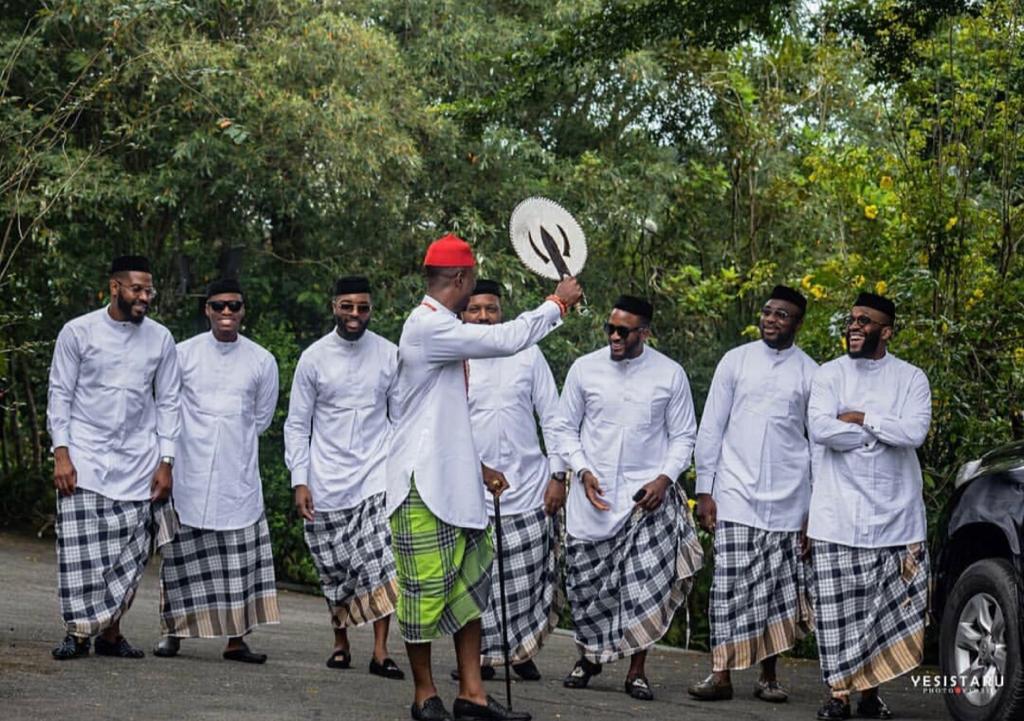 Here, the groom, accompanied by his father and a few close relatives, pays a visit to the bride’s family. The essence of this first visit is to seek the permission of the bride’s parents for her hand in marriage. The groom’s father, (or any elderly member from the groom’s side) makes the introduction, and declares the intention (to marry the bride) to her parents. The bride-to-be is thereafter called upon as well, to Express her own consent to the marriage. Once there is a positive affirmation from both the bride-to-be and her parents, the next step would be to seek permission from members of the bride’s extended family, a process known as umunna.

Umunna - Consent of the Family 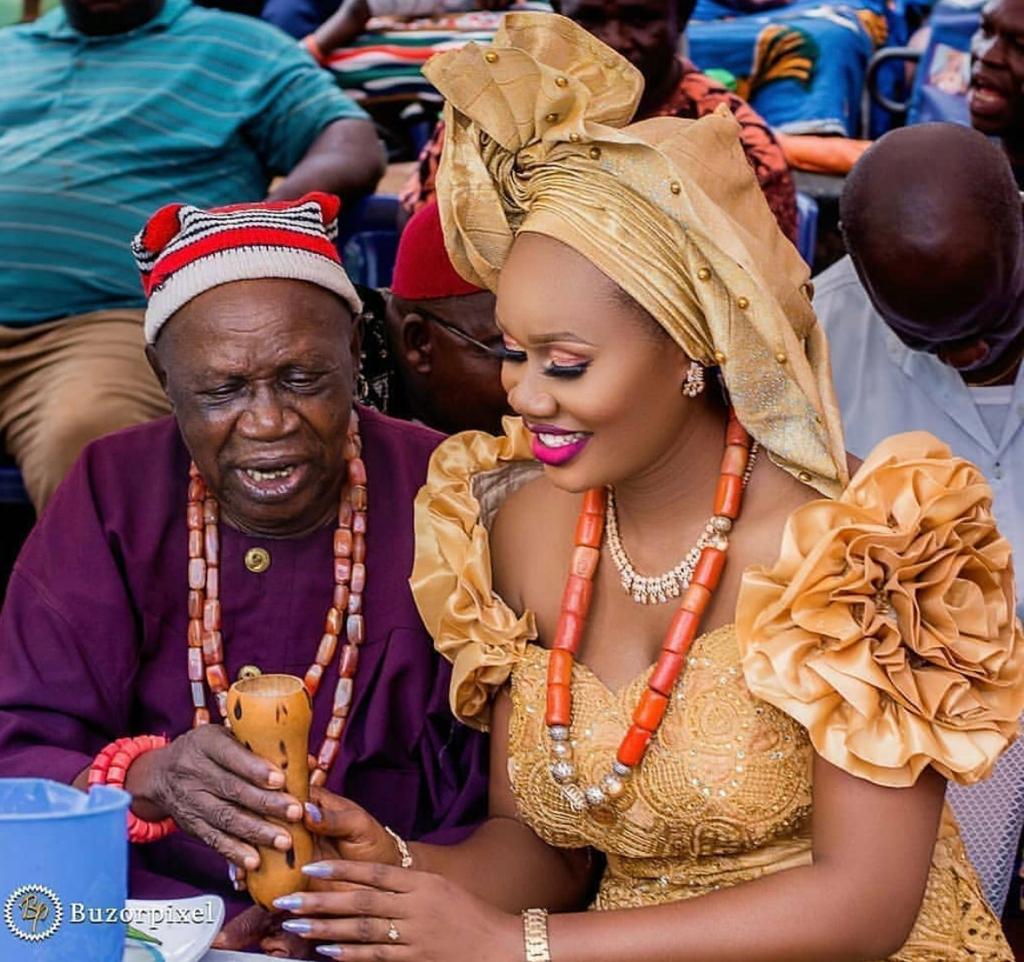 After the initial visit, the next visit will include the presence of members of the bride’s extended family; notably the elderly members in the family. The groom, along with his family, will again, restate their intention to marry a woman from their family. Prior to this visit however, it is expected that some preliminary investigations would have been carried out, with regards to the background of the groom, and his suitability to marry their child. If after carrying out the investigations, the family finds him to be satisfactory, they may proceed to give him permission to marry their child. Once consent has been obtained, discussions on bride price may then proceed. 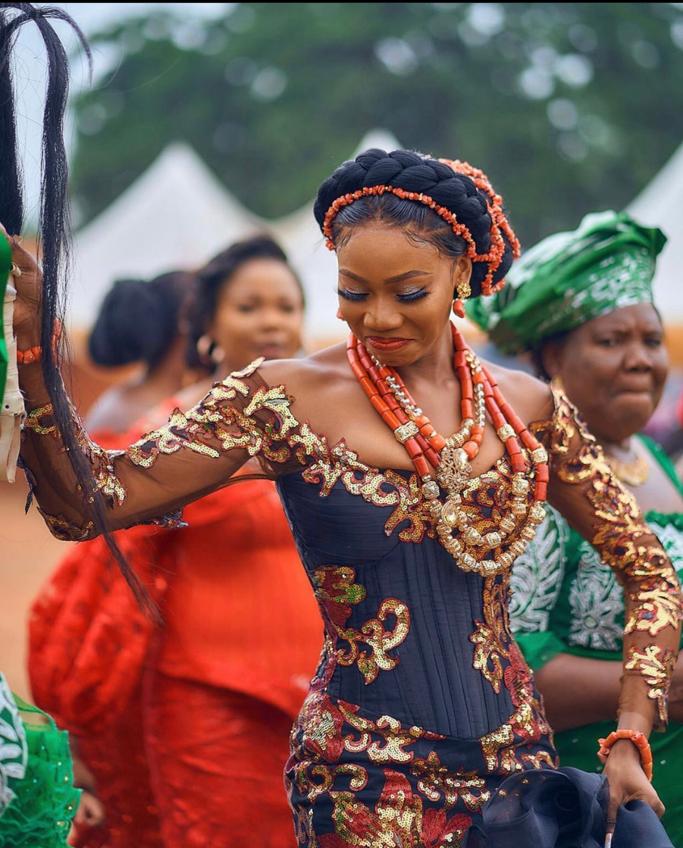 Once the groom has obtained the necessary consent of the bride’s family, negotiations for bride price begins. The significance of the bride price in Nigerian culture cannot be overemphasized. The bride’s family will typically state a price and present an ‘engagement list’ (of other gifts) , to which the groom may decide to negotiate, until they get to an agreed point. Once they’ve successfully reached a consensus among themselves, they then proceed to picking a date for the wine-carrying ceremony (Ignankwu), which marks the final step in the traditional wedding process. 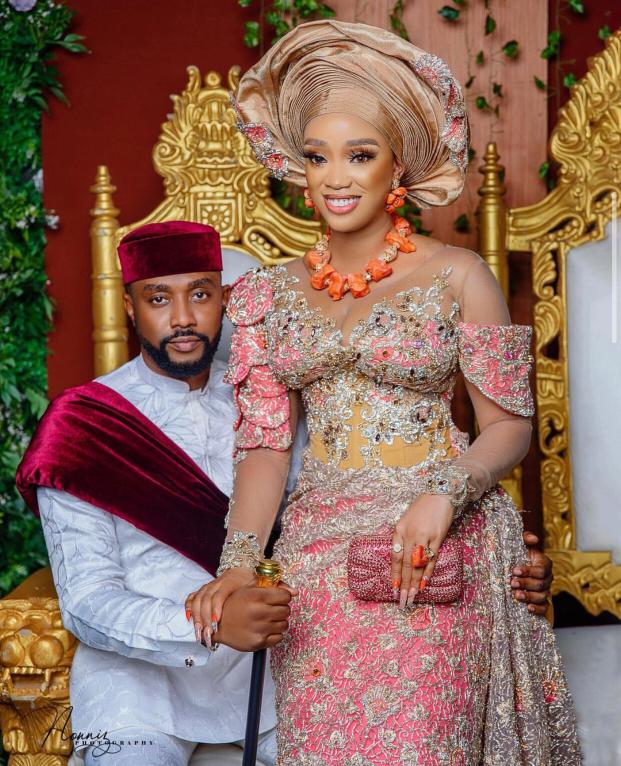 The Igbankwu is a much larger ceremony. A feast is prepared, guests (beyond family) are invited, there is food, music and several entertainments. In addition, the bride and groom are dressed in their best traditional attires, to commemorate their special day. The groom is expected to along with the agreed gifts and presents them before the commencement of the ceremony. At the ceremony, the groom is seated among the crowd of guests. The bride’s father then proceeds to pray for her and hands her a cup of palm-wine, in which she’s expected to give to whomever she intends to spend the rest of her life with. The task of the bride is to find the groom, from among the crowd, and hand over the palm wine to him. She dances around the crowd, along with her maidens until she spots the groom. She then goes down on her knees and offers the cup to him. Once the groom takes a sip from the cup, it is assumed that they have finally become husband and wife. 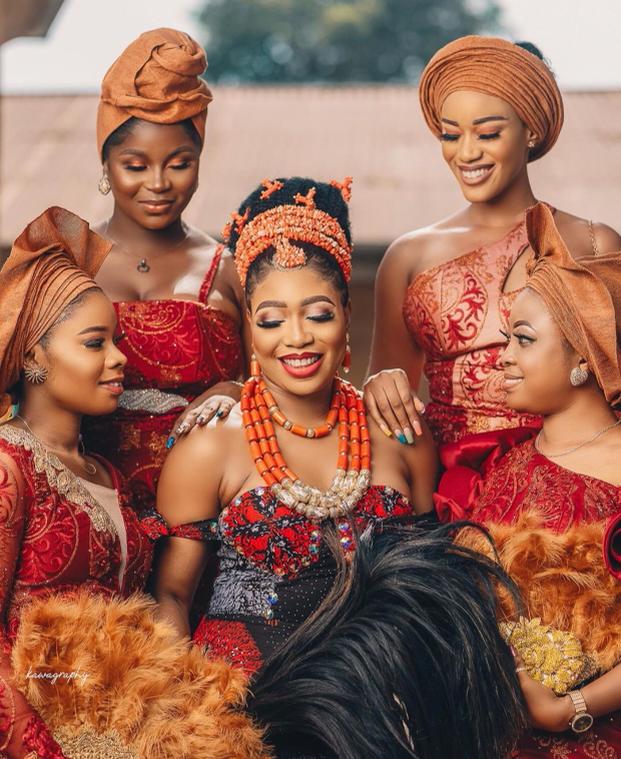 We hope that you enjoyed this quick journey as much as we did, and that you’ve been able to learn one or more things!